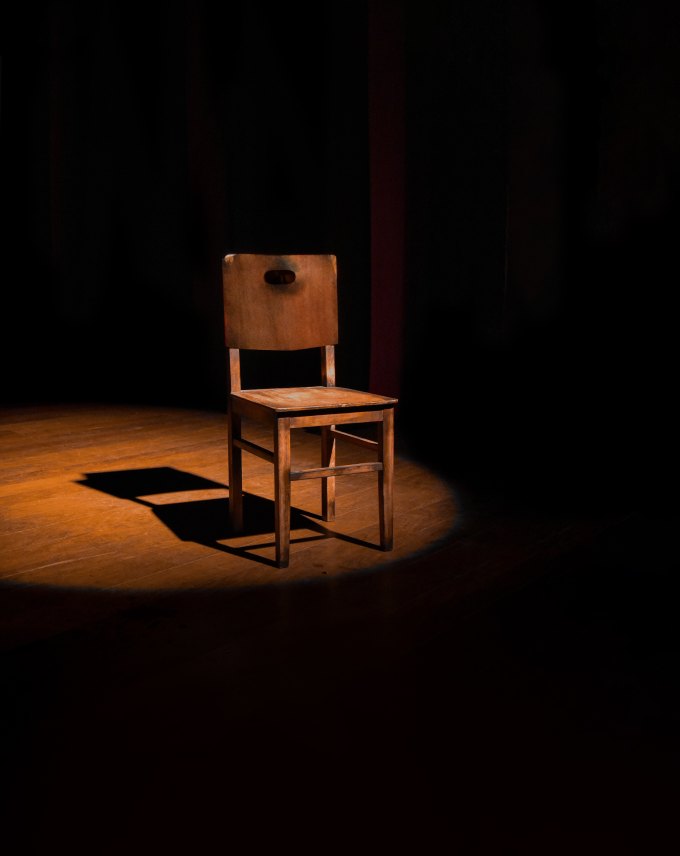 One night after dinner, while Erin was washing the dishes, David came into the kitchen with a couple of computer disks in his hand. “Erin, I told Gabe that I would get these to him tonight, but I have a project for class that’s going to take me all night. Is there any way that you could drive these over to him?”

“Sure, David. I can do that. Do you know where he lives?”

“Not exactly. It’s over on the south side of campus somewhere. You can call and get directions.”

“I’m fine with taking them over. My next paper isn’t due until Friday. But you call him, okay?  He’s your friend, and you know I’m not such a fan of the telephone.”

“Uh yeah.  I thought that had been established.”

Erin knew the neighborhood where Gabe lived, but he was in a finely crafted in-law apartment attached to a house on one of the streets she had never visited. Gabe opened the door wearing some old beige cords and a lifeless tech t-shirt. He grinned at her.

“Come on in.” He gestured her into the studio. Looking at the wood of the beams, the walls and the floors, she knew that he was paying far more rent than she had ever paid for one of her student apartments.

“Would you like a tea or water or a beer?” He opened his fridge, and she could see it was virtually empty. Just a few vegetables and a six pack of beer with one bottle gone. There were some apples in a bag on the counter and a bag of chips open by the computer.

“I’ll have tea if it’s not too much trouble.” She felt like an idiot for saying that, but she did want to talk to him some more. He seemed like a fairly easy person to talk to, and most of the people around her were friends of David’s, talking technical language she didn’t understand, or people in her program, fierce with their desire to get ahead. Gabe seemed so confident and unaware of the need to compete.

“Thank you for the disks. They’ll be helpful.”

“I’m glad that David is being friendly. I understand that he had a really good time with your brother when he was in town last week.”

Gabe made a face. “My brother is not doing very well right now, so I’m not so sure what it was that David found so attractive.”

“He borrowed my car and was out all night with your brother and his girlfriend. He said they went to the Marin headlands and sat on a rock and watched the moon rise.”

“Well, Spike is not sleeping right now, so I guess that’s as good a use of a night as any.”

“Davis was talking about some project Spike had to do for college about connections, and your brother put a safety pin through his hand and connected it to his clothes?”

“Well, David thinks he’s extremely creative. He likes your brother’s girlfriend too. I’m just glad I didn’t go with them and sit on that rock all night.”

“I hope you don’t mind my noticing, but you and David don’t seem to have a whole lot in common.”

“When we got together back in the fall, I was in a really different mood, and I thought that he was just the sort of person for me. But the more I hang around with him, the more I start to wonder.”

“I really like David’s creativity, but sometimes I feel like I can’t do my own work, because I keep getting pulled into his obsessions. Which are interesting. But they still aren’t mine. Like one night he came home and he told me that we needed to go out late and pick up these huge slices of eucalyptus that the university had just cut, because they might haul them away. He wanted to sculpt them. It turns out that eucalyptus splits when it dries and makes a lousy material for sculpture, but you have to love that sort of enthusiasm even when you’d rather be working on your own stuff at 11 p.m. rather than hauling huge pieces of eucalyptus into the trunk and back seat of your car and wondering how much sap is getting all over everything.

“Yeah, I can just imagine him doing that. I think I saw one of those pieces in your apartment, didn’t I?”

“Yup. We still haven’t dragged that thing back out. David told me that your brother writes poetry. He says he’s a genius.”

“My brother is obsessed with chairs. He writes amazing poetry, and he also paints, lots of pictures of chairs.”

“I’m not sure, though Vincent Van Gogh’s chair may have something to do with it. My brother was diagnosed bipolar when he was seventeen, and Van Gogh supposedly had bipolar, according to some people.”

“So is he on medication and all that?”

“No, he is not. My father does not believe in psychiatry.”

“What does that mean?” She stared at Gabe.

“The psychiatrist told my Pop that my brother has bipolar and that he needed therapy and medication, and my dad started yelling that he didn’t know what the hell he was talking about. He took my brother home, and so far as I know, Spike hasn’t had any treatment since except for liberal doses of marijuana.”

“I’d be inclined not to think so, since he used to walk around the house at night threatening to kill us with an axe. It was just one of the reasons I was glad to move out here.”

“Wow. And I thought I had a dramatic early life.”

“At least I had the church.”

“Oh, no. There was an abandoned church that deer hunters used to use in hunting season. My dad bought it for me, and I went there all the time when I was a teenager to escape. I did all my coding there, and I had a TV too.”

“Just what every teenager wants,” she said. “Your own apartment.

“Well, Virginia Woolf is my favorite novelist,” she continued,  “And some people think that she had bipolar.  She certainly had some kind of mood disorder and she’s a case study for being very creative while mentally ill.”

“She killed herself didn’t she?”

“She did.  She walked into a river with her pockets full of stones.  She created some amazing art before she did that, though.  Maybe not what you want for your brother.”

“I don’t honestly know what I want for my brother, except that I’d like to avoid having him go at me or my parents with that axe,” Gabe said.